The memory of those who fought and sacrificed in the Dieppe Raid took center stage Friday in Windsor.

On the occasion of the 80th anniversary of the raid of August 19, 1942 which represents

he City of Windsor and Veterans Affairs Canada hosted the Government of Canada’s signature event commemorating the historic mission.

“This part of Red Beach exists in Essex County, in the city of Windsor in Dieppe Gardens,” said Honorary Lieutenant Colonel Joseph Ouellette of the Essex and Kent Regimental Association, noting the stones incorporated into the monument.

“And so we come this year and pay our tribute, pay our obligation to the debt that was incurred by the death of our sons, our brothers, our grandfathers, a debt that we can never repay.”

The ceremony in Dieppe Gardens included the laying of wreaths at the waterfront Royal Canadian Air Force monuments and Anchor Memorial; a Great Canadian Flag Parade at the Red Beach Monument, led by the Essex & Kent Pipes & Drums; and a national commemoration featuring dignitaries, veterans and youth delegates.

Friday’s guests of honor included Sapper (Retired) John L. Date, a Sarnia native who first saw combat in Dieppe and was held as a POW. He is one of the last surviving Canadian soldiers on the beaches that day.

Date, now 100, and his family said they were honored to mark Dieppe’s 80th anniversary at Windsor.

“We are so grateful to everyone,” Date’s daughter Carol McPherson said. “It’s an honor, it’s sincere.”

Thursday evening, Date – surrounded by his family including a brother and a sister, his daughters and several grandchildren – also received the National Order of the Legion of Honor awarded by the French defense attaché in Canada. The distinction is the highest French distinction of merit, civil or military.

Indigenous storyteller and elder Theresa Sims opened Friday’s ceremony with the song of the eagle. Sims’ father, Robert James Sims, was seriously injured but survived the Dieppe attack while serving with the Royal Hamilton Light Infantry.

Arthur Boon is a veteran of the Canadian Army’s 19th Field Regiment as part of the D-Day landings in France who was also among the guests of honor on Friday.

Boon now lives in Stratford and said he was honored to be part of the Windsor ceremony – but said remembrance is getting harder with each passing year.

“When we step back 80 years from those events and think of all the people we left behind, who never had the life we ​​had…there’s a sad side, but we have to respect and honor what they’ve done,” Boon said.

Boon credits the sacrifices made in Dieppe with saving lives on D-Day.

“We came home and had a full life here,” he said. “But we left 900 dead (in Dieppe), most were younger, their lives were cut short. You feel for them and the families now.

Of the 553 members of the Essex Scottish Regiment, only 51 were extracted to England following the Dieppe raid, Windsor Mayor Drew Dilkens noted, and it was the regiment that suffered the most casualties that day- there.

“It’s a privilege to stand side by side and watch the men and women in uniform gathered here today and say thank you,” Dilkens said.

While the anniversary of the Dieppe Raid is celebrated every year in Windsor, Friday’s 80th anniversary ceremony was the first national event of its kind held in Windsor.

The event’s master of ceremonies, Robert Löken, said it’s a unique experience for Canadians to experience a national Remembrance ceremony in their own community.

“Windsor was so committed,” said Löken, national manager of honours, awards and commemorations at Veterans Affairs Canada. “The local community came in support, the regiments were there, the veterans were there. I was really surprised by the commitment of the people of this city.

in addition to being

Canada’s bloodiest day of World War II, the Dieppe Raid was also the costliest sacrifice in wartime lives for Windsor and Essex County – all to combat the tyranny that takes place all over the world.

About nine out of ten young men from the Scottish Essex Regiment who took part in the Dieppe Raid were killed or captured during the ill-fated mission on Red Beach on the morning of August 19, 1942.

Within an hour of landing on the French coast at 5:25 a.m., 75% of Essex Scottish’s 553 officers and soldiers had become casualties, dead or wounded. Only 51 of these soldiers returned to England that night.

Debate continues to this day over whether the Allies’ first major attempt to break through Nazi Germany’s Atlantic Wall was a needless massacre or a terrible lesson that helped make the D-Day landings in Normandy less than two years later a success.

Either way, the Dieppe raid cost Windsor-Essex – and Canada – dearly.

“Even after all this time, we want them to know we remember,” said MP Irek Kusmierczyk (Liberal — Windsor-Tecumseh). “We remember the fear they must have felt when they encountered heavy machine gun fire from an alert enemy. We remember their sacrificial bravery as they fought to force the Germans out of Dieppe.

“And above all, we remember them: who they were, what they did and what they gave up so that Western Europe could be free.”

I am here this morning at the Jardins de Dieppe for the national ceremony marking the 80th anniversary of the Raid de Dieppe. The wreath laying will take place soon. pic.twitter.com/pWZ6Bps2ft — Kathleen Saylors (@KathleenSaylors) August 19, 2022

The parade arrived and the national anthems were played. The ceremony begins with an address by Theresa Sims, storyteller and Aboriginal elder. pic.twitter.com/Lm5M3Dp14U — Kathleen Saylors (@KathleenSaylors) August 19, 2022 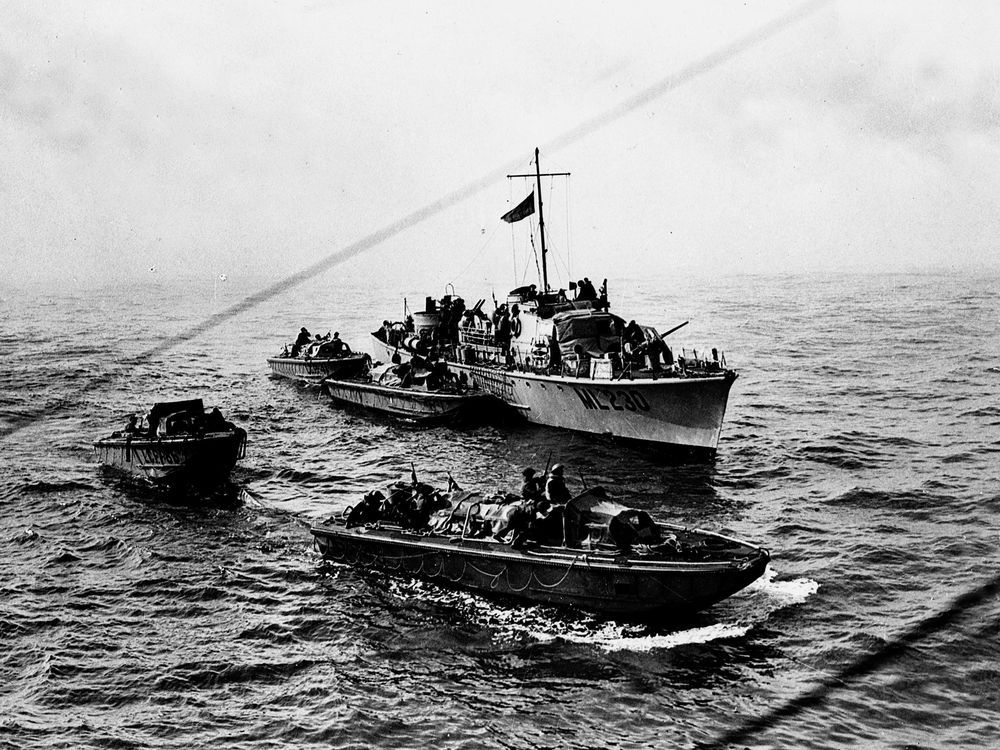 A personnel landing craft pulls away from a motor torpedo boat to begin its run-in to the beaches during the raid on Dieppe, France, August 19, 1942.

Sign up to receive a curated collection of links and highlights from our award-winning news coverage, in-depth analysis and unrivaled weekday noon investigative features.

Thank you for your registration!

A welcome email is on its way. If you don’t see it, please check your spam folder.

The next issue of LFP Noon News Roundup will soon be in your inbox.

We encountered a problem during your registration. Try Again

Two years after their planned centenary celebrations were wiped out by the onset of the pandemic, one of London’s oldest clubs celebrated their centenary at the London GAA headquarters in McGovern Park, South Ruislip. And for 55 of those 100 years, Lorrha native Tom Milne has served the Brothers Pearse GAA club loyally. Between his […]

9 of London’s most exclusive dining experiences to book now

This is a sponsored article on behalf of eat with. London is a foodie city. But so many choices can be a bit overwhelming for even the most seasoned diners. Enter eat witha curated selection of dining experiences, helping you narrow down your culinary choices and find something a little unique, as you plan your […]

Breadcrumb Links Food You’re a beer fan, so we’re sure you know what happens when you mix hops, malt, yeast, and water. Author of the article: Wayne Newton • Special to Postmedia News It’s the time of year for great beer and fun! (Getty Image) The opinions and recommendations are impartial and the products are […]